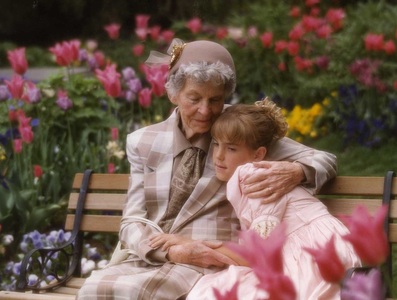 Bound in Heaven © Cynthia Dye
Bits and pieces of a story had been bouncing around in my brain for some time – years, in fact, but I was too busy with who knows what to sit down and put my thoughts in writing. It wasn't until I had a houseful of noisy children (six in fact, under the age of seven) that I found the time to be quiet and think. Ironic, huh? It was called nap time. For two hours a day the house became still. I used the time to work on my story, and quickly found that the creative process of putting words together in an organized, interesting manner was as fascinating as photography had ever been. I had found a new passion! Within a couple of months the story in my head was actually on paper! What an accomplishment! I even found a publisher who printed 2000 copies and got it onto bookstore shelves. What a thrill it was to see it advertised and receive sweet notes from readers I didn't even know.

Since that first edition, which needed a correction or two (or three. . . ) I decided to illustrate it with my photographic art (why not?), using a couple of my own children for models (how easy could it be? ha!) and publish my own edition (since I'm such a picky, zealous, do-it-yourselfer who has definite ideas – sometimes good, sometimes not so good, but always ones amounting to a hefty adventure).

It's nearly ready for the printers – maybe just another half a century or so. As soon as it's off the press, you'll be the first to know.
Copyright © 2017 Cynthia Dye Studios. All rights reserved.
Email: studios.cynthia@yahoo.com